, the Mexican author, is raised by Toltec spiritualists, which doesn’t make him Toltec Shaman (nagual) by default. It seems he did his best to avoid being Toltec Shaman, to avoid metaphysics,  spirituality, esoteric,.., by practicing neurosurgery with his brothers. Fortunately for us, he realized that what needed to be healed was not only the physical brain, but the human mind as well.

The term “Toltec” is used in the works of writer Carlos Castaneda to denote a person who was recruited into a band of sorcerers with a tradition that had its origin in the Native American culture of that name. The nagual Juan described the Toltecs to Castaneda as a guild of sorcerers that began in Southern Mexico 10,000 years ago, originally based on harnessing the changes of perception and perspective brought about by working with power plants. [The Fire From Within – The New Seers] The primary purpose of the Toltec sorcerers is to prevent the disintegration of the self, which normally happens at death. To achieve that purpose, they evolved a set of techniques and developed a body of knowledge that enables the sorcerer to transform into a high-speed inorganic being with an endless lifespan (not unlike the spiritual notion of Ascending the body, but without the baggage).

Castaneda makes it clear that his use of the term Toltec is specialized, so that it is not directly equivalent to the Toltec people or culture referred to in the ethnohistory and mythology of pre-Columbian Mesoamerica. The ongoing Toltec tradition had its beginning in the Toltec culture, but now those who are recruited are chosen for their suitability, rather than on ethnic or cultural lines.

The car accident changed the direction of Don Miguel’s life. He experienced himself as pure awareness outside of the constraints of his physical body. He realized that the Toltec wisdom of his family contained all of the tools needed to change the human mind. Don Miguel returned to his mother to finish his training and he became a Shaman.

I have to point out and clarify few things to avoid misunderstandings of Toltec practices:

In his books Don Miguel Ruiz

simplified Toltecs wisdom for us ordinary people (tonals), giving us insight into better understanding of this life, of ourselves and other people. Giving us not just explanations, but also technics that we can use if we want to achieve that second awareness and transcend from tonal to nagual.

This site uses Akismet to reduce spam. Learn how your comment data is processed.

Ask advice from Psychic or Astrologist 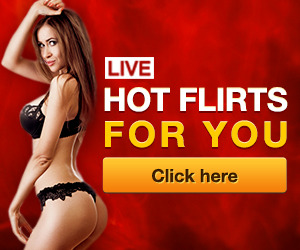